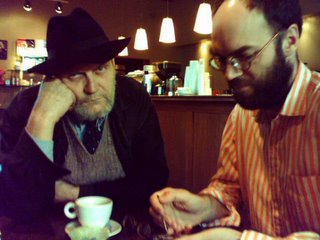 And as urban cultural history it offers an important challenge to many another American city. There must be dozens of places with similar stories. Properly researched and presented -- or even simply put together on the fly -- their telling would go a long way to correcting the star-struck metropolis-ridden view most of us have of our own national heritage. Sam Allen’s movie, and Bob Dietsche’s book, deserve wide currency.
Posted by Charles Shere at 9:04 PM