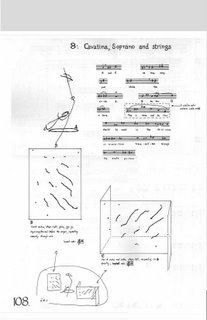 ABSURD, OF COURSE, to have a favorite musical instrument, or even to prioritize among them. But the violin has a special place. Maybe it’s because it was the first instrument I played in public. It was in 1940 or ’41, and I was in an orchestra of children, playing “Kitty-cat Waltz” on Treasure Island, during the World’s Fair. I distinctly remember the little girl next to me; her nervousness apparent in an unfortunate and inappropriate release of fluid; and I remember the sound of gunshots, from the nearby Sally Rand Nude Ranch.

I like writing music for violin and other stringed instruments, and I particularly like writing for the combination of soprano voice and violin. And over the years I’ve been lucky to hear the results played by some fine musicians.

Today a memorial service was held at Mills College for one of them: Nathan Rubin, who died suddenly last October when he apparently tripped on a sidewalk and fell, striking his head on a concrete driveway. He never regained consciousness. It was an absurd end for a man whose most memorable quality, to me, was his grace.

He was a graceful, intelligent, sensitive man; and he was also a shy man, I believe, and when I first met him I was as shy as he and for better reason, and so I never really knew him, knew him as a friend I mean, and that was my loss.

I knew him first as the concertmaster of the Oakland Symphony. I particularly remember his playing in Mahler’s Das Lied von der Erde, when his solo playing seemed to be exactly right -- his tone and expression completely realized the ache, the yearning, the ineffable awareness of life and death and nature that Mahler stands for in his best moments, and his playing lacked the ego and self-pity and complaint that produce what some think are Mahler’s worst moments.

That was over forty years ago, that Mahler performance, but in each of the few encounters I had with Nate since then it seemed to me the same things held -- he was a remarkably consistent man, always occupied, always giving full measure to the occupation of the moment.

Nate was a remarkable sight-reader. You could give him a new piece in graphic notation, for example: he would ask only the least, most efficiently phrased questions, or often no questions at all, and would tuck his violin under his chin and play the piece effortlessly and with complete comprehension.

He spoke more often with his bow than with his larynx when it came to talking about music. It always seemed to me that he engaged the world with his ear and his bow, and so I knew nearly nothing about his verbal life, his life as reader and writer. Again, my loss; though I respect the grace and range of his book John Cage and the Twenty-six Pianos, which he sent me with a little note:

Dear Charles, Here, with the compliments of the house. (Is that the right phrase?)

With Nate it was always the right phrase; to me his life, busy and amazingly diverse as its activities were, was a single effortless phrase, lyrical, aware and easy and above all graceful though not without an undercurrent of amusement at how small we performers are in the face of the larger totality within which we’re simply momentary events and minor processes.

This morning, as I was thinking about all this, I listened to a performance of the Cavatina reproduced above. Nate and Judy Hubbell performed it, years ago, in Hertz Hall, on a concert I couldn’t attend because I was visiting another friend, a much closer one, who was going into emergency surgery. The surgery was successful, Hippocrates be praised; and the concert was recorded, Apollo be praised. And so while musicians come and go, the music continues forever; that’s the pleasure and solace and purpose of music, it is a way par excellence we mortals have of intersecting and participating with the Infinite.
Posted by Charles Shere at 10:53 PM

Thank you for this. He was my teacher and mentor, and I still miss him.