YES, TWO WEEKS. Well, for one thing, it’s been hot — high eighties the last few days. For another, we’ve been walking — I’ve done about sixty miles in the last three weeks, not enough, but getting in shape.

Getting the grounds in shape, too, though that’s more the gardener’s job than the blogger’s.

I’ll try to keep you posted.
Posted by Charles Shere at 9:47 AM No comments: 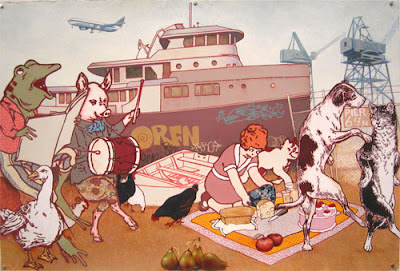 There's a lot to think about in this show. Oh: and have I mentioned that there's humor, too, and beauty?
Posted by Charles Shere at 10:29 AM No comments: