With profound thanks to Bhishma Xenotechnites

(Finished for now, and constructive comments welcomed below —)

( Well, then, here's the result. I'm not sure why I have bothered —
translation's not my game, and
lord knows there are versions enough in our English language;
most of them much the same.
Still, I wanted to get inside both meaning and meter.
Horace deserves no less. If
I have made an egregious error, I hope you'll forgive it.
All I intend is a gloss
On this masterpiece from a time and a place quite removed from
our more frenetic world, where
meditation on Nature's recurring cycles fell out of
fashion — though now, as we've learned,
Her cards trump all we've tried to retain in our dealer's hands,
grasping, we find, to no purpose.
Horace addresses his song to his friend, Torquatus, and sings of
others we no longer know—
Tullus and Ancus were kings who died more than five hundred years
Before Horace sat down to write;
Theseus we dimly know from legend, but few can remember
Pirithous, rival and friend.
Still turn the seasons today as they did two millennia and more
ago when these great lines were written;
Horace's moon is ours; our seasons obey the same law; like
him, we will never return.)

All the snow vanished now, and the grasses back in the meadow

rivers whose waters are low ;

Grace, with the Nymph and her sisters, the twins, dares to go now, naked,

leading them all in the dance.

immortality isn't for you, warn the years that nourish those

hours that steal the days.

Cold gives way before breezes; Spring is trampled by summer;

Soon herself to give way:

Autumn pours out her fruits; then Winter's lifeless fogs come

Back, repeating the course.

That loss, however, is quickly restored by the moon in the heavens.

We, when we have gone down where

be just dust and shadow.

Who knows whether the hours of this day will continue, increasing

by those of days to come?

Everything will elude even greedy hands of your heirs, friend —

All that your spirit will yield.

When you finally perish, Torquatus, and terrible Minos

not your family, not your eloquence, piety —

nothing will bring you back.

From that darkness not even the goddess Diana, though he's

nor has Theseus the power to break Lethe's fetters, binding his

Posted by Charles Shere at 11:27 PM No comments:

Eastside Road, May 18, 2014—
THE PRODUCTION HAS closed, but I want to write a little about this play anyway; it's had a considerable success since its 2010 premiere in London, with productions off-Broadway, at the Mark Taper Forum in Los Angeles, the La Jolla Playhouse, the Guthrie in Minneapolis, in Boston and Washington D.C., and now at Berkeley Rep.

I want to write about it, chiefly in order to investigate my reservations about it. I think it's a play well worth producing, performing, and seeing; it gives rise to all sorts of contemplation. If it fails, in some respects, most of its small failures are the inevitable result, I think, of the complexity, the magnitude, and the audacity of its ideas.

The "tribes" of the title are, first (in order of presentation), a loud, foul-mouthed, undisciplined family of academic intellectuals dominated by an overweening father (Christopher); second, the Deaf community with a capital "D," as I've learned from the playbill, which gathers around its sign language to participate in a kind of society we hearers can hardly imagine.

The family comprises the well-written mother, Beth, and three grown children all still living with parents: Ruth, yet to find her passions; Daniel, neurotic, wilful and damaged; and Billy, almost completely deaf since birth but raised to read lips rather than sign language — a misguided intention of the parents, who think thereby to give him place in society at large, rather than surrender to that of the "handicapped."

Into this stew walks Sylvia, the child of deaf parents, fluent therefore in sign, hearing herself, but quickly going deaf. She introduces Billy to sign language and to more than that, including employment and, of course, romance. This is a total assault on the overbearing Christopher and all his arrogant assumptions; further, it disrupts a fascinating dependency Daniel has evolved on his brother's place in the family. A true theatrical crisis results, and Raine's writing rises to her play's demands.

But not always. At least in this production, much of the time the audience is cajoled into participating in the subtle catastrophe through crude, sitcom-like badinage. The six characters are not evenly fleshed out, and some plot details seem arbitrary, introduced perhaps to illustrate some aspect of the hearing-versus-deaf problem, then dropped before they distract from the central onrush.

What Raines does accomplish in this play is present the huge gulf that apparently exists between those who hear, and who communicate largely through sound and hearing (and in this case fury), and those who do not, and who must communicate through touch and sight. Behind and below this, of course, there's the matter of awareness, awareness and sympathy.

There's also the matter of language. We always think language is what makes us express ourselves and understand others: but as this play points out, language is just as often what makes us misunderstand, equivocate, and mislead, and certainly distract ourselves from confronting reality and especially the reality of the completely different views of reality experienced by those around us.

There was a lot to like about this production. The entire cast rose to the occasion, though I thought among them some were more capable with their roles than others. James Caverly, himself deaf as I understand it, was stellar in the central role of Billy. Christine Albright stepped into the role of Sylvia, originally set on Nell Geisslinger: she was moving and authoritative in the part. Paul Whitworth and Anita Carey were enormously effective as the parents, and if Dan Clegg and Elizabeth Morton weren't quite their match as the two hearing children, I think this was more the fault of the writing than of the actors.

Nina Raine has bitten off too much in her play. A few weeks ago we saw Tom Stoppard's trilogy The Coast of Utopia in a single day: Tribes is almost as thick with ideas and drama, but in two quick acts: it might better have been two more thoughtfully paced and fleshed-out evenings.

Jonathan Moscone's direction seemed straightforward; Todd Rosenthal's set was persuasively detailed; Christopher Akerlind's lighting and, especially, Jake Rodriguez's sound design were sometimes subtle, sometimes dramatically effective. I'm glad I went; I'll be thinking about the play for quite a while. It puts narrative plot in service of abstract and far-reaching idea. It will be interesting to see where Raines goes from here: Tribes is only her third play. I'm curious to see the others, Rabbit and Tiger Country.

Posted by Charles Shere at 2:00 PM No comments: 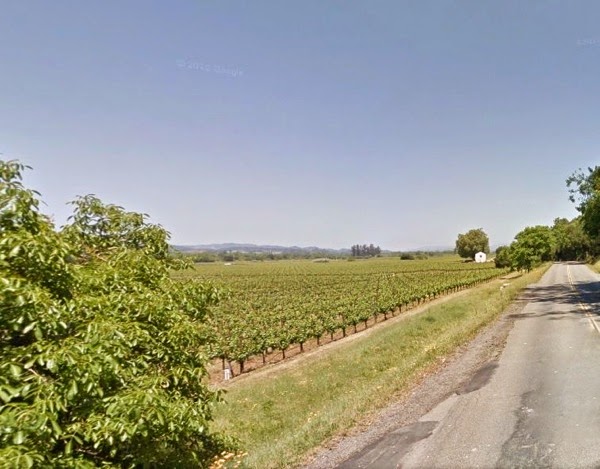 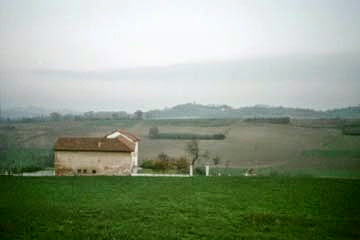