Eastside Road, Healdsburg, January 10, 2009
I JUST SPENT TWO HOURS at the Exploratorium in San Francisco nearly twenty years ago — November 29, 1984, to be precise — listening to myself in an interview conducted by Charles Amirkhanian. I was discussing my opera, The Bride Stripped Bare by Her Bachelors, Even, half of which was then in production at Mills College in Oakland.
The audiotape of the interview has just been put up on the Other Minds Radiom, an internet archive of concerts and interviews: you can hear it streaming here — but be warned: it is two hours long, and it's a raw tape with a few of those awkward "Could you focus, please" and "Oh, do we have a tape of…" moments.
On the whole though I must say I'm terribly pleased the evening is now available to a wider audience. This is the kind of thing the Internet was made for: to make accessible those special moments that seem to explicate and represent, re-present, moments that are otherwise extremely fugitive, by their very nature.
The opera had been given its dress (public) rehearsal two days before and was to receive two more performances in the coming days; this interview was nicely timed for publicity purposes. Radiom's description:

Recorded on November 29, 1984 as part of the San Francico Exploratorium’s Speaking of Music series, Charles Amirkhanian interviews American composer, critic, and former musical director at KPFA, Charles Shere, about his opera “The Bride Stripped Bare by her Bachelors, Even “. The opera, which is inspired by the Marcel Duchamp painting of the same name uses Duchamp’s notes for much of the libretto. Shere, who was heavily influenced by the new music of John Cage and others, describes in detail Duchamp’s iconic work and talks about how he has tried to capture its spirit in his avant-garde opera. Shere highlights his remarks with slides and excerpts from the opera. 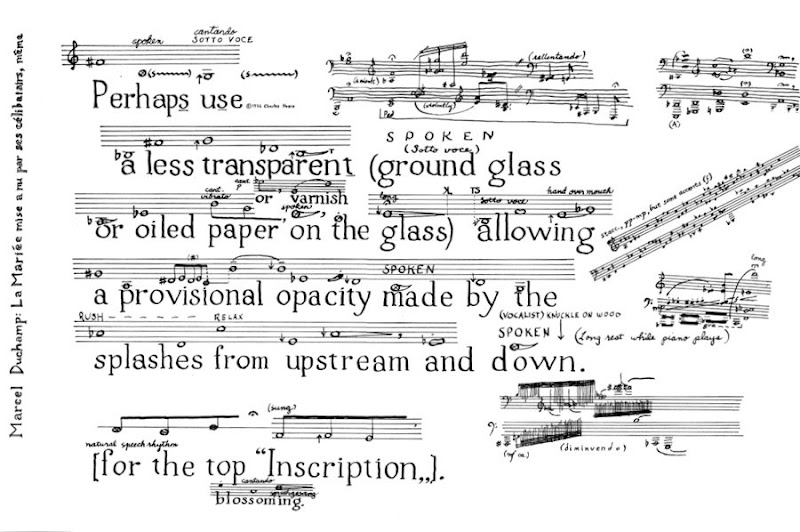 I will only add that the broadcast begins with Ces Desirs du Quatuor and includes two arias ("Perhaps use…" as sung by Linda Fulton and accompanied by Peter Winkler, in 1965; "B and C" as sung by Anna Carol Dudley and accompanied by the strings of the orchestra in the 1984 production, as well as the first movement of Tongues, a 1978 composition for poet speaking in tongues (Andrew Hoyem) and chamber orchestra — a piece quite unrelated to the Bride, but why not?
Thank you Charles Amirkhanian and Other Minds for the trip back so many years! 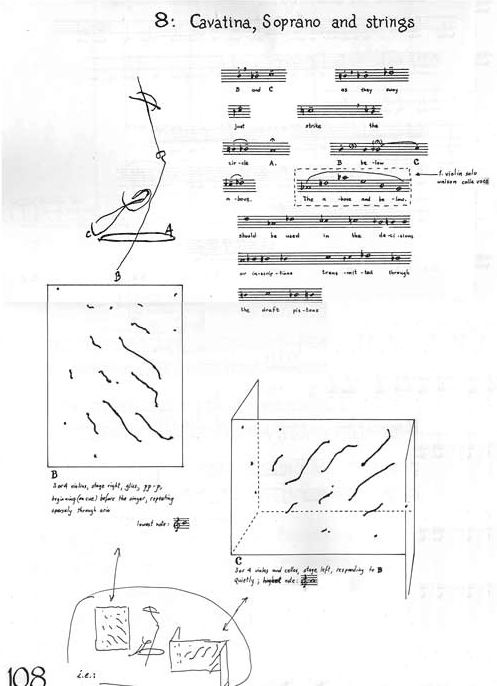 Posted by Charles Shere at 7:05 PM

"This is the kind of thing the Internet was made for: to make accessible those special moments that seem to explicate and represent, re-present, moments that are otherwise extremely fugitive, by their very nature."

I can't resist adding that this is the purpose of "My KPFA: A Historical Footnote" http://www.kpfahistory.info, which includes another two-hour conversation with Charles in 1993 about how he came to be involved in the station.

I was similarly interested in Duchamp, especially the Large Glass, during the 1970's. I remember reading Octavio Paz's interesting long essay on it. I purchased the big coffee-table Abrams book on it--which I later sold to Moe's (mistake!)--and used to speculate endlessly on its implications and levels of meaning.

It fairly crawls with Freudian clues--as people are wont to say about it.

I've also never seen in person, but eventually saw photos of the late Duchamp sculpture behind the Spanish privy door, the nude with a lamp raised in one hand. Have the critics decided yet what that means?

Duchamp has often been accused of winking and feinting with the critics about his work. Sort of the ultimate parlor-chess game.

Did you ever finish the opera?